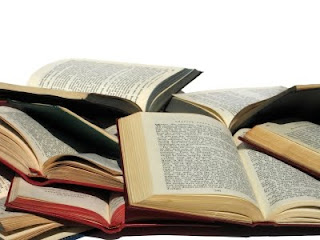 We take the laws of nature for granted. Birds fly, people don't. An apple falls from a tree and hits the ground. It doesn't head out into the sky. We have four seasons. (In Michigan there are two - winter and construction.) The leaves on the trees turn pretty colors in the fall. Snow is cold. We can go on and on.

While we take the rules of nature for granted - we see the Jewish laws and customs as random; a haphazard set of archaic rules. We don't see a "big picture" banding them together into a coherent message or guide to life.

This is why I picked the two books on the featured page of A Jewish Minute's store. I have read both and sincerely recommend them without hesitation.

Masterplan by Aryeh Carmell - This book takes the mitzvot and creates that coherent picture that we're missing. How these mitzvot relate to one another, how the mitzvot help us relate to each other, help us relate to the world, and how we can create a better world. One or two pages are dedicated to explaining each mitzvah and how it fits into this bigger picture. It is readable and can be read slowly - one mitzvah at a time, or obviously more.

The Sabbath by Dayan Dr. I. Grunfeld - This book does a good job of explaining what exactly the Shabbat is and what it really means to "rest". I just finished reading this book and while I thought I understood the purpose of Shabbat and what we're supposed to get out of it, I really did learn new things. It's a short book, just over 100 pages long and of course readable.

These two books do an excellent job of clarifying that big picture that we're missing. The assumption that Judaism is made up of a bunch of random and useless rules just isn't true - these books help put the pieces together.
Posted by Shira at 7:43 PM 1 comment:

The High Holidays and the Three Weeks

Just last week I saw an big sign outside a synagogue advertising High Holy Day tickets to services. I was shocked. Here we are in the beginning of July and they are advertising early bird tickets. I could not believe it.

But the message planted itself into my brain and started bouncing around. It's true, Rosh HaShanah and Yom Kippur are only two months away.

One of the main ideas associated with the High Holidays is one of teshuva, return. We are attempting to return to G-d and doing the mitzvot. The time of year we try to make amends. Many people spend the week prior to the Holidays running around to their family, friends and acquaintances apologizing for the way they may have been mistreated over the past year.

I think that this is a nice idea, but there's a better time of year to begin this mea culpa ritual. I believe that the time is now.

There is a period of time during the Jewish calendar year called the "Three Weeks". This is a period in our history that includes terrible things that have happened over the last 4000 years. It's a period of mourning. It begins on the 17th of Tammuz (this year June 29) and ends on Tisha B'Av (this year July 20).

The Talmud teaches us that the reason that G-d allowed for the Second Temple to be destroyed was because baseless hatred had become prevalent within the Jewish People - known in Hebrew as sinat chinam (free hatred).

While it is difficult to imagine the High Holidays coming up, it may be a good time to think about that concept of teshuva. During the Holidays we are focused on our relationship with G-d, not on our relationship with others. In fact, G-d can not and does not forgive us for what we have done to our fellow man, rather G-d expects us to work on these relationships and right the wrongs which may have occurred.

Since this is the case, it is really up to us to do teshuva in the interpersonal relationships of our lives. During this period of the Three Weeks where we remember the loss of the Holy Temple due to our own loss of love and baseless hatred for our fellow Jew - this - is the time where we need to take the time and call our friends, family and acquaintances to ask for their forgiveness for any errors in judgement on our part. This is the time to outwardly show baseless love for all Jews. Don't wait for the High Holy Days to roll around, jump on the early opportunity today.
Posted by Shira at 1:45 PM No comments:

Email ThisBlogThis!Share to TwitterShare to FacebookShare to Pinterest
Labels: jewish festivals, jewish holiday calendar, jewish holidays calendar, tisha b av
Newer Posts Older Posts Home
Subscribe to: Posts (Atom)
Hello All! Let me introduce myself: My name is Shira, I'm happily married, grateful to have five little ones under 10.5 years old and be a stay-at-home mom. I also have masters degrees in both education and political science and have spent at least 19 years in Jewish education (14+ in the classroom). Love to write and get feedback!