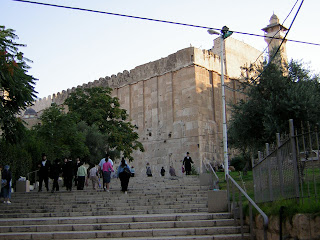 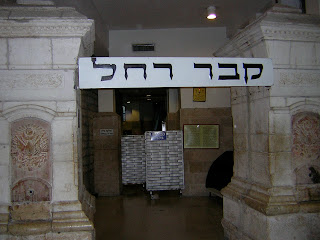 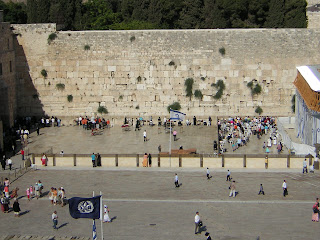 One of most obvious miracles in history happened 43 years ago today. Israel was attacked by her neighbors: Jordan, Egypt, Syria with additional troops from Kuwait, Algeria, Saudia Arabia and Iraq.

Amazingly enough, Israel won what then became known as the Six Day War. Israel gained control of the Western Wall and Jerusalem - which had been divided since 1948 - and Jews were finally allowed to worship freely at the holiest location in Judaism.

We can finally take for granted the ability to pray at the only surviving remnant of the Second Holy Temple, built in 349BCE by returnees from the Persian Exile - located on the same ground as Solomon's Temple.

We also need to celebrate the liberation of Rachel's Tomb in Bethlehem and of Hebron, where our Patriarchs and Matriarchs are buried. Hebron was also the first capital of King David. The first seven and a half years of his kingship were located there.

Today is a special day in Jewish history. Please take a moment to appreciate it.
Posted by Shira at 4:40 PM