Living and Dying for G-d 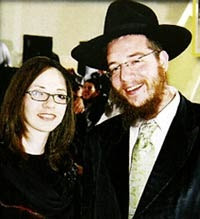 Most of us live with our beliefs.  We wake up in the morning and hopefully conduct ourselves in a way that would make G-d proud of us.  Being honest in business, helping others in need, improving ourselves as a whole are some of the things that we attempt to do every day.
Some of us have the opportunity to die for our beliefs.  This is not something that Judaism encourages us to do.  There are very few times (three) that we are specifically told that we have to give up our lives for G-d.  However, there are other times where we are not given a choice.
When the Chabad House in Mumbai, India was invaded in a very coordinated attack these Jews lost their lives.  The terrorists entered two hotels and the Nariman House, known for being a Jewish center of activity.  When a Jew is murdered for the sole reason that he is Jewish, that Jew lost his life in honor of G-d's name.  These Jews were murdered because they had been in a Jewish building.  These people who we now mourn are martyrs.
While those visiting the Nariman House were perhaps only tourists, they had made a conscious effort to do something Jewish while they were in India.  Perhaps it was to get kosher food, or attend a meditation class, we don't know why they were there at that time.  What we do know is that they were there doing something to make themselves better Jews by understanding what Judaism is about.
Rabbi and Rebbitzen Holtzberg zt"l were there (their two year old son was saved by the cook) not for themselves - but to serve other Jews.  They were there to bring G-d to that corner of the world where many Israelis come after their stint in the army.  That's why they were there, an unselfish perspective that many of us do not have.
We're told that the terrorists were ultimately looking for Americans, Brits and Jews.  While many of us identify ourselves with our host countries (myself included), it takes a moment like this to realize that we are more than just "American", "British", or "something else" - we're Jewish.  When there are those who want to murder us just because we're Jewish it is worthwhile to find out what it actually means to be Jewish.
The Holtzbergs serve as example to all of us what it means to live and die for G-d.  They lived their lives according to the Torah - and were murdered because they were Jews.   They were souls that completed their jobs here on earth and have found their places in the World to Come.  Tonight is Shabbat.  Even if you have never lit Shabbat candles, please do so tonight.  (For instructions, click here.)  Do a mitzvah in their memories.
From a former guest at the Chabad House:

I was in Mumbai this year on business.  A city from Dante's hell, filthy and crowded beyond a westerners nightmares.  There is no kosher food or minyan in Mumbai, so I went to the Chabad house.  They have 3 minyanim a day and ... the shaliach and his wife serve meals.  There are 20-50 people eating there per meal, mostly Israelis and businessmen, many frei (non-religious).  I asked Rabbi Holtzberg "where do you get the food from?"  He replied "I shecht 100 chickens a week to serve 400 fleishig meals, and my wife cleans them.  Since there's no pas yisroel here, my wife bakes bread (for about 800 people per week) every bit of food is home made."
They ask for no no money and charge nothing.  By every meal he says a dvar Torah, to inspire the orchim [guests].  Avraham Avinu would be proud of Rabbi Holtzberg.

Newer Post Older Post Home
Subscribe to: Post Comments (Atom)
Hello All! Let me introduce myself: My name is Shira, I'm happily married, grateful to have four little ones under seven years old and be a stay-at-home mom. I also have masters degrees in both education and political science and have spent at least 19 years in Jewish education (14+ in the classroom). Love to write and get feedback!